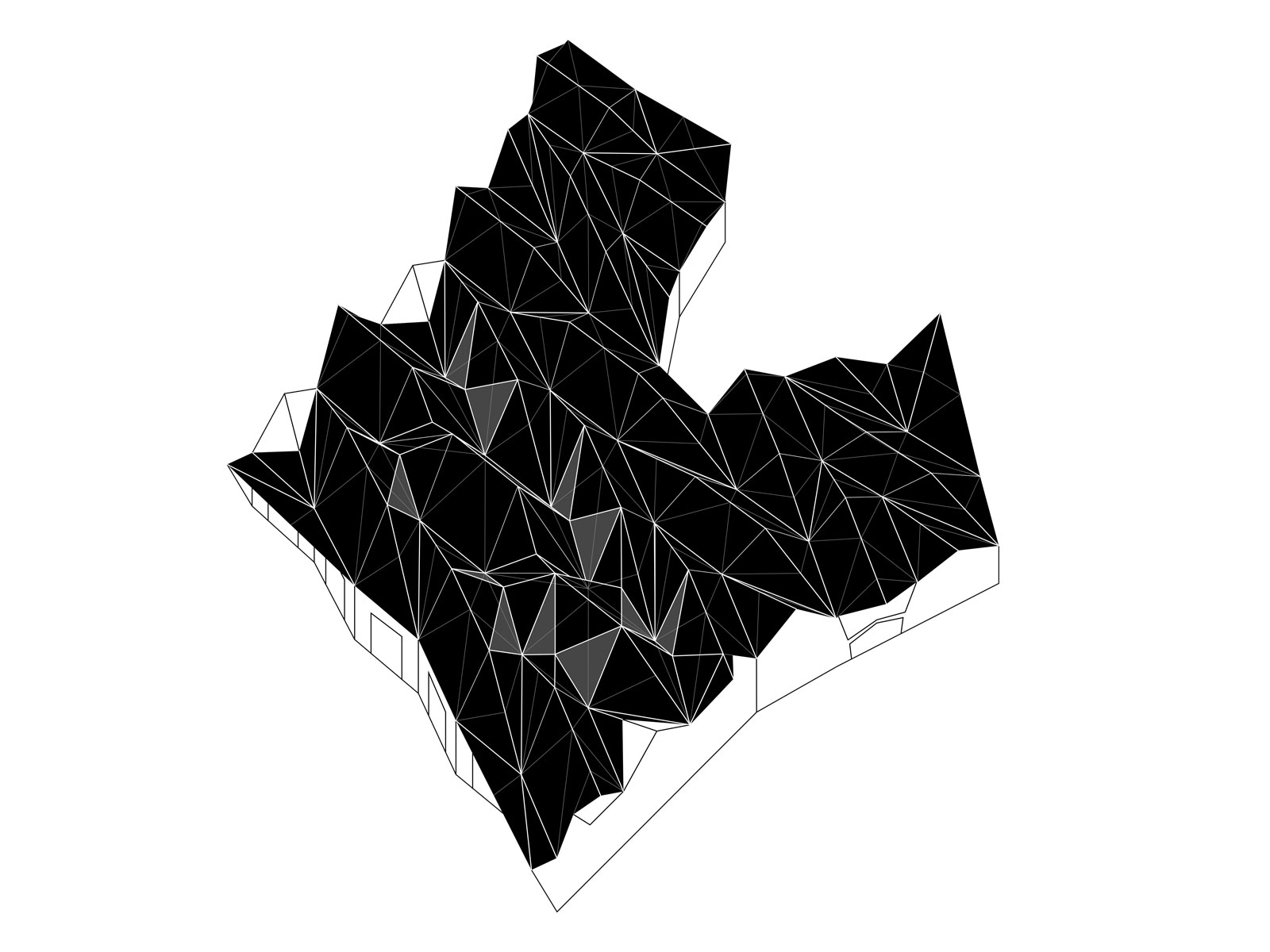 “Instead I have tried to create something whose language could be understood by everybody, and in which everybody would feel at ease, and not obligated to have to understand what the architect was aiming at, but would be left to realize that the architect and all who shared In the work with him are first and foremost human beings, who have a job to do and a sense of responsibility towards their work, in order with what they are doing to provide for the natural and spiritual needs of others, as well as for their own.”

The architecture of San Francisco is known for two divergent eras: the exuberance of the Victorian and the Californian Modern exemplified by the Eichler developments connecting interior space to the landscape. While these two aesthetics define the public’s perception of the city, its civic architecture often follows the typical Beaux-Arts tradition found throughout the country.

Triangulated Peaks is a competition entry for a new headquarters for the San Francisco Fire Department located on Pier 30. The proposal utilizes a large-scale truss structure to accommodate both long span space for the apparatus garage and smaller pockets for domestic program. By folding and creasing the truss structure, an extravagant silhouette emerges that is sympathetic to the Victorian and Eichler identities, creating a civic architecture specific to the city. As one of the city’s most revered institutions, the department deserves a home that contributes to the beauty it protects.